Aim: The aim of this research was to find out if Estonian people know about tattoo safety and describe the factors influencing tattooing.

Methods: The sample consisted of volunteer adult Estonian residents, who undertook an anonymous electronic questionnaire in the connect.ee environment. The questionnaire was distributed in social media. Data collection was carried out from 20.11.2017 - 30.01.2018.

Results: 410 people aged 13-66 took part in the survey, 75% were women and 65% of respondents had a tattoo and 22% plan to do a tattoo. People without tattoos and with no intention to get one are more aware of hazards than tattooed people and these who are planning a tattoo. Awareness is the lowest among men, younger people aged 13-23 and people with basic and vocational education who rarely associated viral hepatitis, tetanus, HIV and bacterial skin infection with tattooing. 78.5% of all respondents named bacterial skin infection as a complication of tattoos and 37% of respondents knew that tetanus was a potential hazard but the other diseases were rarely mentioned. The most popular reason for getting a tattoo was attractiveness, so said 80.2% of respondents. 74.4% had the tattoo made in an official salon and 11.6% had the tattoo made somewhere else, not in the studio, which is a considerable number of people likely to get infections.

Conclusion(s): Awareness of health risks associated with tattooing was low. More than half of the respondents associated the tattoo with viral infections, but sametime bacterial infections (tetanus, syphilis, tuberculosis, leprosy) were less mentioned as potential risks with tattooing. Therefore, people's awareness should be raised.  Gender, age, level of education and tattoo status were associated with awereness. Main reason for getting a tattoo was attractiveness. 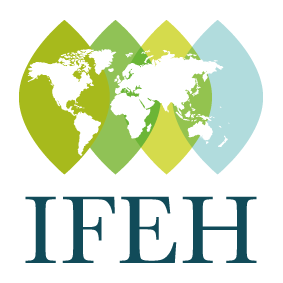